skip to main | skip to sidebar

I offer to you the translation of another article from Rostov site Main Stages of the Teaching Process in Girevoy Sport and their Characteristics by Gomonov VN, PhD, Machotkin BV, Master of Sports, Gamzov SA. Moscow University of MVD, Branch of Bryansk.

It discusses the main stages of training of gireviks and has some novel ideas. The most interesting for me was the use of static holds at the beginner stage for learning the elements of the technique. The article in Russian is available at the link: http://www.fgsrostov.aaanet.ru/Gomonov.doc

The distinctive quality of the initial stage of teaching is the fact that beginners assess the movements by their form and don’t take into account the dynamic and coordination structure. At best the beginner is capable to obediently copy the external form of lifts without proper coordination of the movements of the trunk, legs and arms. At this stage the reaction is slow. For instance, the athlete does not timely react to the deviation of the kettlebell from the vertical in the overhead fixation phase, and this causes unnecessary muscular strain in order to bring the bells in line. The absence of sufficient stability is typical for this stage. Another important characteristic of the beginning stage of learning is insufficient coordination of various functions, in particular muscular, respiratory and cardiovascular, which, of course, is reflected in the body’s reaction to exercise.
Taking into account these characteristics we propose the following method of teaching jerk.
While learning separate elements of the technique the emphasis should be placed on the visual aspects, using simple demonstration and conveying only basics of movements to gireviks. This demonstration should be conducted in three speeds: normal, slow and fast. One should not explain the technique in detail, as the trainees will not be able to properly follow the directions.
At initial stages the novices simply repeat the movements after the coach without experimenting, only striving to achieve maximum similarity. While teaching the elements of the technique the coach must find such exercises that are the closest to the element studied in terms of the structure of movement. For example, performing short put while emphasizing the higher trajectory or throwing a medicine ball (partner to partner) help teaching the array of movements necessary for kettlebell jerk.

Static holds are widely used in weightlifting. While imitating the olympic lift with a metal rod, the athlete stops the movement and holds it in certain position. This method is most accessible for the initial stages of training.
We have developed key positions for using this method for teaching kettlebell jerks (figures 1 and 2)
One has to remember that the method of static holds does not always bring positive results. For instance, when training the second dip position the athlete has to stop. It However when this hold is performed for prolonged period of time the athlete can get erroneous impression about the technique, as stopping during actual lift is a serious mistake.

Therefore, the method of static holds helps to learn the technique of the lift faster and more effective and understand the position of the body, but requires control over dynamics and general rhythm of the movement. 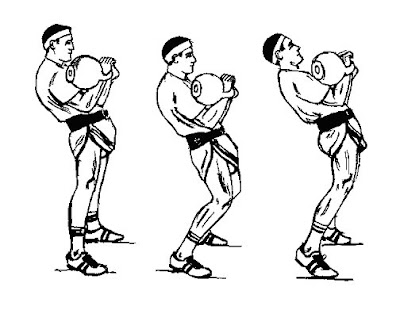 Figure 1. Key positions in teaching jerks. a – the rack (starting position, b – first dip, c – pushing up (based on the video materials of jerk performed by the world record holder M Parshov)

Doing the lift slowly allows getting better feel for the technique. Another teaching method, loosely translated as “following the movement” is used for this purpose. The athlete holds the bells in the rack position and performs the lift [at various speeds, as I understand it – Smet]. The coach is standing at the side-back of the athlete and uses his one hand to control the movement of the bells and the other to control the athlete’s pelvis. If the athlete during the first dip pushes the pelvis backwards and in order to prevent the bells falling forward uses the muscles of his arms, the coach intentionally limits the movement of the athlete’s pelvis with his hand [sounds kinky, but I think you get the idea – Smet]
Using static holds at initial stages of training and “following the movement” facilitates the development of specific learning of the girevik.


General fitness of the beginner athletes is the main obstacle to increases in volume and intensity of training load. At the same time the efficiency of learning of new movements is lower when the athlete is tired. Because of that it makes sense to use not more than one or two new exercises in a session. It is also necessary to take into account the phenomenon of positive and negative transfer. In order to do tat one session should include exercises similar in terms of structure, this will facilitate the training effect.
For the next training stage, deepened beginning stage, it is typical that gireviks have general idea regarding basic components of the technique based on learned visual and, in part, proprioceptive sensation; lack of resistance of the technique against distracting factors; the ability to perform the lift as the whole while having serious weaknesses in details. At this training stage gireviks are supposed to fully learn the technique as well as doing general and special weight exercises. The athlete has to achieve sufficient freedom while performing the lift and during training session eliminate technical errors. The skill of movement in every basic lift gradually becomes automatic and becomes a habit.

Forming of specific sensation regarding the technique occurs while actually performing classical lift. First of all it is important to form rhythmic structure of the jerk, as it is basic for further improvement of coordination and dynamic structure. Learning the correct rhythm facilitates alternating tension and relaxation of the muscles which also allows learning specific neuromuscular patterns.

This stage of learning can be considered completed if the girevik’s structure of movement is stable while working at moderate speed. It means that the interaction of the athlete with the bells has reached required level of stability and it is now possible to start perfecting separate elements of movement or particular parameters of the technique.

Next training stage, the period of perfecting technical mastery is characterized by stable general structure of movement, satisfactory interaction of the girevik with kettlebells, reasonably well developed specific sensation, the ability of the athlete to change separate parameters of the technique without violating general structure of the lift and development of the individual style of lifting.

The movements used at this stage vary in speed, rhythm, the effort required, while performing separate elements of the lift. At this stage it is typical for the athlete to perform the lifts with rhythm and amplitude in his own style, including other biomechanical characteristics typical for this particular athlete. All elements of the technique are performed freely, without conscious control.

It is important to distinguish technical errors from physical inability of the athlete to perform the lift correctly. For instance, beginner girevik of microsomatic body type can perform 24 kg jerk several times but while doing it with 32 kg bells he makes mistakes – pressing at the top, deep second dip etc. In this case it is necessary to work on this athlete’s strength.
Posted by Smet

Although i already read this article, but when now i again look at this, i found my fixation position was incorrect. Here he slightly incline forward...
On yesterday training-session i corrected it :)

WB, Smet, do russian sources mention skeletal alignment for overhead lockout? For rest in the overhead position? Is some degree of elbow flexion ok? Is some tricep loading ok? should the point of the elbow be forward?
-hideouse

I never saw such scrupules articles to answer on theese questions. To be true all articles that i read about stages, Eugene already translated...
There is book of Vorotyntsev about stages, but i don't remember is there something about elbows... Only about shoulders and hands.
I think tricep will be loading in any case.
About rest in overhead position, as i read on russian forums, it can do only really strong guys.